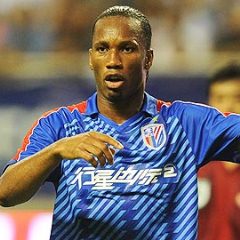 Arsene Wenger has played down talk of a move for Chelsea legend Didier Drogba.

The Arsenal boss claims the Gunners were not preparing to go back into the market for the Shanghai Shenhua frontman, who gave their defence so much trouble during his eight years at Chelsea.

The 62 year old Gunners manager said : “At the moment no. In my opinion he is not free. He has just left England,”.

“I don’t know about the situation because he came out with a completely different statement.

“You hear he might go to Real Madrid – but then he says ‘I am staying in China’. Is it just because he wants to be paid off? I don’t know.”