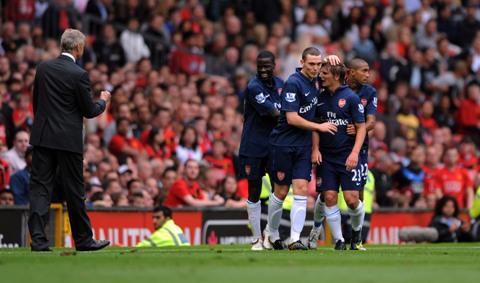 Bad news for all Arsenal fans as midfielder Andrei Arshavin looks set to miss the next three games after he aggravated a groin problem while on international duty with Russia.

Arshavin was withdrawn during the 2-1 defeat by Manchester United with the problem but played as Russia beat Wales 3-1 at the Millennium Stadium in a World Cup qualifier on Wednesday.

Manager Arsene Wenger told reporters that Arsenal have lost Arshavin, who played with Russia when he should not have played. Wenger also said that Arshavin will be out for Saturday, for Wednesday and for the Wigan match.

Wenger also revealed that he took Arshavin out of the Manchester United match because of a groin problem and said that Arshavin should have not played for Russia as he was injured.

Captain Cesc Fabregas recovered from a hamstring problem and played for Spain during the international break and so could come back into contention.

However, England winger Theo Walcott out with a back injury remains sidelined.