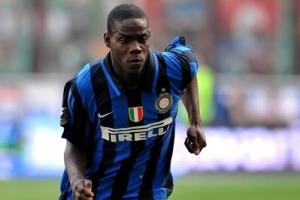 Interesting news are out and it has been reported that Premier League club Arsenal FC are reportedly pursuing Inter Milan striker Mario Balotelli.

It was reported that Gunners scouts were watching the 19-year old striker in action in the Serie A last weekend and early indications are that Arsene Wenger could make a move for him in the January transfer window.

Reports also suggest that Balotelli is keen to gain regular first team football and a move away from Inter could provide that.

After missing out on Bordeaux’s Marouane Chamakh, Wenger is keen to add another striker to his roster and the £20million-rated Italian U21 international seems to fit the bill.