Reports are out claiming that Arsene Wenger has signed a new three-year deal to remain as Arsenal manager until 2017. 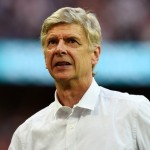 The 64 year old has led Arsenal to eight major trophies since joining them in September 1996.

The French tactician was coming to the end of his previous contract.

Wenger told the club’s website: “I want to stay and to continue to develop the team and the club. We are entering a very exciting period. We have a strong squad, financial stability and huge support around the world. We are all determined to bring more success to this club.

“The club has always shown faith in me and I’m very grateful for that. We have gone through fantastic periods and also periods where we have had to stick together. Every time when that togetherness was tested I got the right response. I think I have shown some loyalty as well towards this club and hopefully we can make some more history. I am sure we can.”

Arsenal chairman, Sir Chips Keswick, said: “We are delighted that Arsène has renewed his contract for a further three years. He is a man of principle, who lives and breathes Arsenal. He has established Arsenal for its exciting playing style around the world, continues his commitment to young players and has the ability to bring top-class players to the club.

“I have no doubt we have an exciting future ahead of us with him leading the team.”

Arsenal’s majority shareholder, Stan Kroenke, said: “Sustained excellence is the hardest thing to achieve in sport and the fact Arsenal has competed at the top of the game in England and Europe throughout the time Arsène has been manager, is the ultimate testimony to his consistency of performance, talent and ambition.

“We are delighted with the FA Cup success which has added to his already outstanding record. Under his guidance we look forward to adding more trophies in future seasons.”