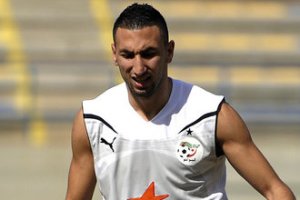 Italian club AS Roma are believed to be highly interested in Portsmouth winger Nadir Belhadj.

It is said that the Algeria international is almost certain to leave the south coast club at the end of the season and AS Roma have emerged as the frontrunner for his services although his agent Mark Pomorin has not heard anything definite thus far.

The agent told reporters that : “There are many rumours about Nadir and I know these rumours about Roma but at the moment I have not heard anything definite,”

He also said that : “When a player is important, it is normal there are many requests.

“Giallorossi executives have not made themselves heard yet, but that does not mean there cannot be contact in the near future.

“But it should be asked directly to Portsmouth.”

Angel Di Maria : I Was Suppose To Join Arsenal