Ashley Cole Set To Return To Chelsea Next Week 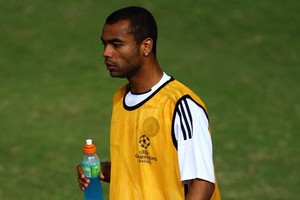 It has been reported that left back Ashley Cole is expected back at Chelsea next week.

Local newspapers have reported that Cole is expected to return to Cobham after the weekend after a spell undertaking rehabilitation on his fractured ankle in the south of France.

The England international’s full-back’s progress has been steady since he underwent surgery on the joint broken in a challenge with Landon Donovan at Everton last month, and he remains confident that he will prove his fitness well ahead of the summer’s World Cup finals.