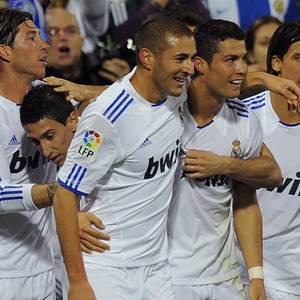 Sensational news are out and it has been revealed that Real Madrid striker Karim Benzema is a January target for Premier League side Aston Villa.

The French tactician admitted that he is very interested in taking unsettled Real Madrid striker Benzema to Aston Villa.

The French international striker has not lived up to expectations since a £35million move from Lyon to the Bernabeu last year and is firmly behind Gonzalo Higuain and Cristiano Ronaldo in Jose Mourinho’s pecking order.

Houllier told L’Equipe : “If Karim wants to come and play at Aston Villa, we would sign him tomorrow,”.

“We are keen to offer him more first-team opportunities.”