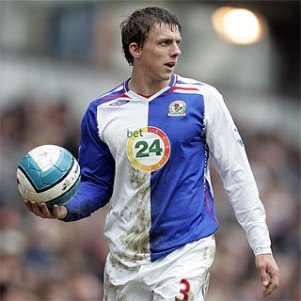 Latest transfer news are out and it has been reported that Aston Villa have completed the signing of Blackburn defender Stephen Warnock for an undisclosed fee believed to be around £8million.

Warnock has put pen to paper on a four-year contract which will keep him at Villa Park until the summer of 2013.

The former Liverpool player added that playing in Europe is important, and playing against the top players on the continent is fantastic and that there is no better stage to do that than in the Champions League. He also said that if Aston Villa could do that, it would be a great achievement.