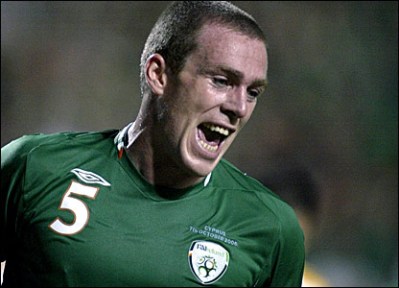 Transfer news from the Premier League is out and it has been reported that Aston Villa have taken their summer spending to £40million after finally confirming the signing of Manchester City skipper Richard Dunne.

The Republic of Ireland captain has ended his nine-year spell with Manchester City by making a £6million switch from Eastlands.

The Premier League asked for more time to ratify the deal despite Villa starting to submit the relevant documents before 4pm on Tuesday an hour before the transfer window formally closed but Villa were always confident Dunne would become their player after passing a medical and agreeing personal terms.

The Football Association were also satisfied with the paperwork presented by Villa but needed the approval of the Premier League.

Manager Martin O’Neill has been desperate to bolster his back four after skipper Martin Laursen retired and Zat Knight was sold to Bolton.

The manager told reporters that Richard Dunne is the kind of player that Aston Villa was looking for.