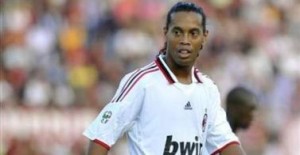 Ronaldinho rescued a point for Milan with a late equaliser in a 1-1 draw against 10-man Atalanta at the Stadio Atleti Azzurri d’Italia.

The Brazilian international’s late strike eased the pressure slightly on coach Leonardo, whose stuttering side still lie in the bottom half of the Serie A table after this comeback.

Atalanta had taken the lead as early as the 21st minute through veteran striker Simone Tiribocchi, but they were up against it after Ivan Radovanovic was sent off towards the end of the first half.