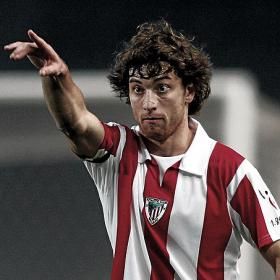 Liverpool has targeted another defender and this time it is Athletic Bilbao’s £10million-rated central defender Fernando Amorebieta.

Bilbao’s 6ft 3in stopper was in action facing Barcelona in the first leg of Spain’s version of the Community Shield and it is believed Liverpool were keeping a close eye on him during the match.

The defender has been attracting attention around Europe because so many teams want an imposing leader at the back.

While Amorebieta has yet to make his debut for Spain, he has been in the international squad and is tipped to break into the starting line-up this season.

Rafa Benitez desperately wants a new centre-back and has been linked with Hull’s £10m-rated Michael Turner as well as a few other defenders.

The Tigers man was superb at Chelsea on Saturday and manager Phil Brown admitted he would do business if the Reds made a bid of £10m.

Benitez’s big problem is that whichever defender he wants, he still has to persuade the club’s American owners to stump up the cash.