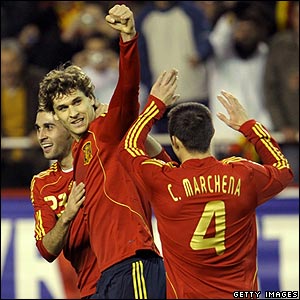 Interesting footballing news are out and it has been reported that Spanish club Athletic Bilbao is prepared to make Fernando Llorente the highest paid player in the club’s history.

It has been reported that Llorente is in talks about a new two-year contract extension with Bilbao president Fernando Garcia Macua after scoring four goals in the past two games.

It is believed that an announcement could be made this week, which would see Llorente contracted to Bilbao until 2013 and his buyout clause raised from £25 million to £40 million.