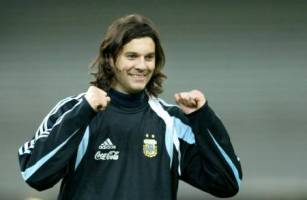 Mexican champions Atlante have revealed that they have completed the signing of former Argentina midfielder Santiago Solari in a two-year deal,.

A statement from the club said that Atlante confirms the hiring of Argentine footballer Santiago Hernan Solari, who is arriving at the club with a contract signed for two years.

Atlante called it “one of the most important transfers of the year in Mexican football”.

The 32-year-old Solari plays mostly as a left sided midfielder and began his professional career at River Plate. He then went on to spend 10 years in Europe with Atletico Madrid, Real Madrid and Internazionale before returning to Argentina in 2008 to play for San Lorenzo.

As champions of the CONCACAF region, Atlante will take part in the Club World Cup in Abu Dhabi in December along with Champions League winners Barcelona and newly-crowned Copa Libertadores champions Estudiantes