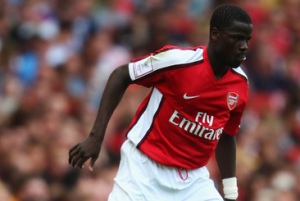 Interesting transfer news are out and it has been reported that Spanish side Atletico Madrid are preparing a bid for Arsenal fullback Emmanuel Eboue.

Spanish newspapers have reported that Atletico are putting together a major bid for the Ivory Coast international defender in January, despite his African Nations Cup commitments.

It is believed that Atletico are desperate to boost their defence after selling Johnny Heitinga to Everton in August.