Reports are out claiming that Atletico Madrid are on the brink of signing San Lorenzo striker Angel Correa. 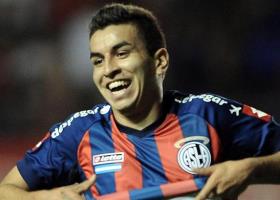 Marca reported that Atletico have reached an initial agreement to sign the Argentine forward, though nothing is yet signed.

Correa is also interesting Arsenal and Manchester City in England.

The 19 year-old has been likened to City star Sergio Aguero.