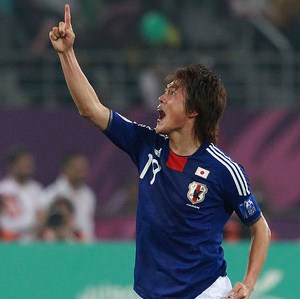 The Socceroos suffered heartbreak in their bid to lift the Asian Cup for the first time as Japan won Saturday’s final 1-0 in extra time in Doha.

Substitute Tadanari Lee struck in the 109th minute to shatter Australia’s hopes and give Japan a record fourth Asian Cup title, their third in the past four tournaments.

The Socceroos were gallant in an enthralling contest played in front of 37,174 fans at Khalifa Stadium but it was a single defensive lapse that cost them.

Yuto Nagatomo beat off Luke Wilkshire on the left flank and sent in a curling cross and Lee, a 99th minute substitute, was left totally unmarked to smash a well-taken volley past Mark Schwarzer.

It was a cruel blow for an Australian defence which had until that point been brilliant in deflecting Japan’s attack, with captain Lucas Neill and Sasa Ognenovski particularly impressive.

The loss revived memories of Australia’s first Asian Cup campaign in 2007, when they were dumped out by Japan in the quarter-finals.