Babel : Liverpool Will Bounce Back From Wigan Defeat 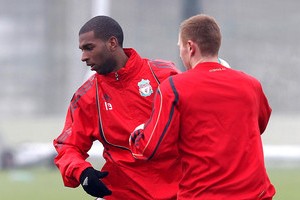 Ryan Babel insists Liverpool can bounce back from their defeat to Wigan Athletic last night.

Despite the defeat and the manner of it – Liverpool were poor and Fernando Torres wasted the few chances that came his way – Babel insists that his team can’t be written off in their top four quest.

He told reporters that: “We definitely still have faith we can get fourth place. It will be harder and it’s important to get three points in every game, as it was before Wigan. That’s why it is so disappointing to have lost.

He also added that: “It is frustrating that we had built up some confidence by winning games, but one game can spoil the confidence. The disappointment is very big for everybody, but we have to start again.”