Ballack Will Decide His Future After The 2010 World Cup 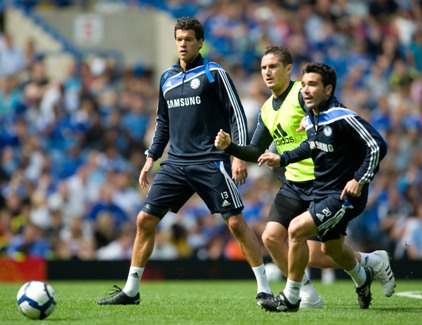 Germany national team captain Michael Ballack, who will be celebrating his 33rd birthday in three weeks, said that he will decide if he will continue playing after the World Cup in June next year.

Ballack told a local newspaper while preparing for Saturday’s friendly against South Africa in Leverkusen that he will decide after the 2010 World Cup if he will continue playing or if he will stop.

Ballack, who played in the 2002 World Cup final and the semi-final of the 2006 tournament, has scored 41 goals in 93 appearances for Germany.