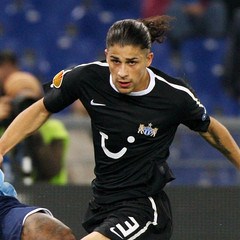 Reports have emerged that Barcelona are weighing up a bid for FC Zurich left-back Ricardo Rodriguez.

The teenage Switzerland international is admired by Barca coach Pep Guardiola, who has long-term concerns over the left-side of his defence.

Eric Abidal has agreed a new deal with Barca, but Maxwell could still be on his way and Guardiola would like cover at left-back secured with Rodriguez on his radar.