Reports are out claiming that Premier League clubs are chasing Porto defender Nicolas Otamendi ahead of the January market. 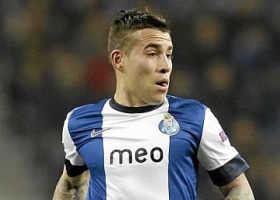 A Bola reported that Spanish champions Barcelona and Chelsea had scouts in the stands for Porto’s clash with Nacional to see Otamendi in action.

The Argentine international centre back is also being linked with Manchester United, Manchester City and Napoli.