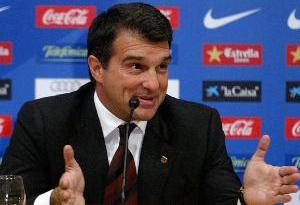 Barcelona president Joan Laporta has insisted that there is no panic after their shock home defeat to Champions League opponents Rubin Kazan.

Aleksandr Ryazantsev and Karadeniz Gokdeniz struck for Rubin as they defeated Barca 2-1 on the night, with Zlatan Irbahimovic netting for the hosts.

Laporta told reporters that it was just a slip and that Barcelona must accept the defeat and look ahead.

He added that Barca have not had a good result, but it can be sorted out. He added that he is sure that Barcelona will get through.

The president went on to say that Barca cannot always win, and suggested that the performance of the team was worthy of praise.


Nesta Believes That Kaka Will Struggle Against AC Milan