Barcelona Defender Maxwell Back In Training 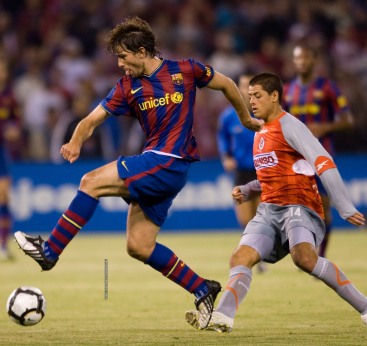 Great news for all Barcelona fans as left-back Maxwell has manage to shake off the leg injury he sustained against Sporting Gijon and is already taking part in training with the rest of the squad.

The Brazilian international defender, who joined from Inter Milan in July, strained his left thigh in Monday’s 3-0 Liga win at the Nou Camp.

He was then replaced by French international left back Eric Abidal in the 57th minute as Barcelona got the defence of their Spanish title off to a winning start.

Meanwhile, teenage striker Bojan Krkic underwent treatment on Wednesday for the leg injury that will keep him out for at least 15 to 20 days.