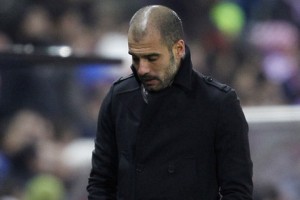 Begiristain told reporters that : “Right now, all rivals are very strong, but I personally would prefer to avoid Manchester United. I’d like to meet our greatest rivals like at the end of last season.”

He also added that : “I’m not afraid to face teams like Arsenal and Manchester United, it would be great entertainment.”

Thierry Henry : Its An Honour To Play Alongside Messi