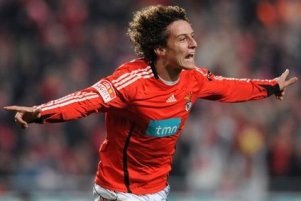 With Keirrison playing on-loan at the Portuguese giants, Barcelona scouts have noted the superb form of fellow Brazilian Luiz this season in the SuperLiga and Europe.

It is believed that Benfica have tied down Luiz until 2015 and rate him in the £40 million class.