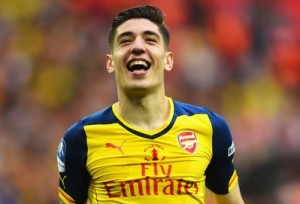 Barcelona are plotting to re-sign their former youth team player Hector Bellerin from Arsenal, according to Catalan newspaper Mundo Deportivo.

The Catalan giants are likely to need a new right-back because Dani Alves is set to leave when his contract expires this season. Italian champions Juventus appear to be his most likely destination.

Barca will now turn to their former youth teamer, with Bellerin reportedly their first preference as they seek to replace Alves.

But today’s article cites sources close to the full-back as claiming that Barcelona technical secretary Robert Fernandez has told Francisco Javier García Pimienta, Bellerin’s last coach in the Barca youth coach, to initiate contact to sound him out over a return to Camp Nou.

The report suggests that Paris Saint-Germain, Manchester City and, to a lesser extent, Chelsea, Manchester United and Bayern Munich are also interested in signing Bellerin.