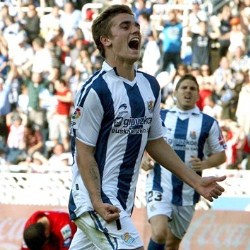 It has been revealed that Barcelona are tracking Real Sociedad winger Antoine Griezmann.

The French U21 star is under consideration as an alternative to Udinese star Alexis Sanchez.

Should they fail in the race to sign the Frenchman, the European and Spanish champions will turn to young Real winger Griezmann.

It is said that Barca sports chief Andoni Zubizarreta has already opened talks with Real, which have asked for striker Jonathan Soriano.

Zubi could include Soriano in their offer for Griezmann, whose buyout clause is set at €30 million.