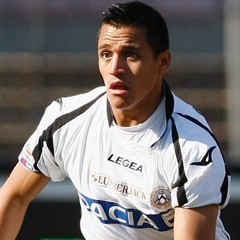 European and Spanish champions FC Barcelona are on the brink of signing Udinese star Alexis Sanchez.

Sport has reported that the Chile International star is set to complete a €39m transfer to Barcelona on Monday.

It is said that the Blaugrana increased the pressure on Sanchez after seeing their offer for Giuseppe Rossi rejected by Villarreal.

It is believed that the Spanish giants have upped the price to €39m and it’s even suggested the Chile national team has given Sanchez time off from Copa America training to fly in to Barcelona on Monday for his signature.

Manchester United and Manchester City had also been in talks with Sanchez’s camp in recent days.