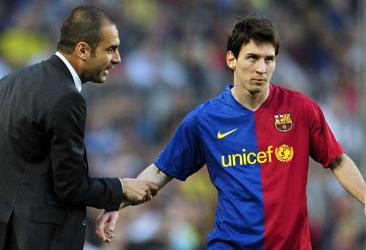 Barcelona president Joan Laporta has revealed that the club is working on a new contract for Argentinian International winger Lionel Messi.

Local newspapers have reported that the Catalan club are willing to offer the 22-year-old 9.5million euros per year and increase his release clause, which currently stands at 150million euros, to 300million.

It is believed that Laporta and other club officials have already met with Messi’s father to discuss the matter and the Barca president insists the Argentina winger is worth every penny.

The mooted new deal would see Messi, who has spent his entire career at Barcelona having come through the club’s youth system overtake recent signing Zlatan Ibrahimovic as the best paid player at the Nou Camp.

After starring in Barca’s successful treble-winning campaign last term Messi is widely viewed as the favourite for the Ballon d’Or and FIFA World Player of the Year awards.