Reports are out claiming that Barcelona have signed up one of the hottest prospects in Swedish football. 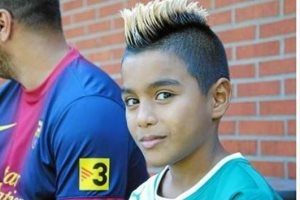 Zico Jr may have the name of a Brazilian legend but he says that Barca’s Argentine star Lionel Messi is his true hero.

The youngster has already been followed by the Swedish press such is his early promise.

Swedish rules state that a club cannot hold a full registration of a player until they are 12-years-old so BK Olympic will not receive any compensation for Zico.

However, they are still happy the transfer is going through.