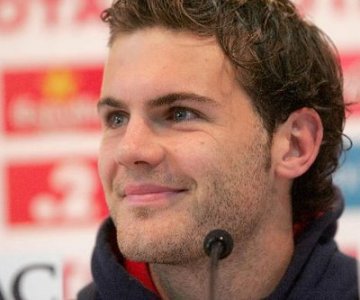 European and Spanish champions FC Barcelona has been reported to have made an offer for Valencia and Spain International winger winger Juan Mata.

Local Spanish newspapers have reported that Mata’s father will be meeting with Valencia chiefs Fernando Gomez and Javier Gomez today to discuss a new contract.

And if Valencia fails to satisfy the demands tabled, the player’s father will inform the club of an offer from Barcelona for his son.

Before the Confederations Cup, it was believed that he was informed that if David Silva and David Villa were sold, then Juan would become the new flagship of Valencia.

However if the two players remained, Valencia would be prepared to listen to offers for Juan Mata.

Jussi Jaaskelainen Wants To Play Until He Is 40


Armand Traore Will Not Be Sent On Loan To Birmingham