European champions FC Barcelona are reportedly ready to turn their attention to Atletico Madrid striker Diego Forlan after being frustrated in their bid for Valencia’s David Villa.

With Valencia president Manuel Llorente insisting on a £50 million asking price for Villa, Barcelona are said to be turning to former Man Utd striker Forlan to boost their attack.

It is believed that Atletico have so far referred interested clubs to Forlan’s £32 million buyout clause, however Barcelona are believed to have a trump card up their sleeve.

Local Spanish newspapers have reported that Barcelona hope to talk down Atletico’s asking price by including Keirrison in their offer for the Uruguay international.

It has been reported that Palmeiras forward Keirrison will join Barcelona in the coming weeks. 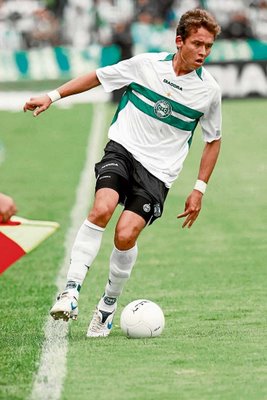