Barcelona Waiting To Assess The Extent Of Lionel Messi’s Injury 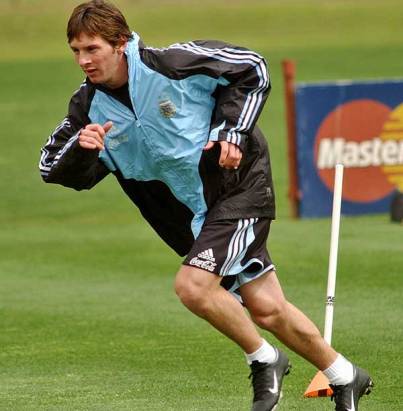 Reports are out that Argentina international midfielder Lionel Messi will undergo tests at Barcelona after he pulled out of Argentina’s friendly against Russia through injury.

It was said that Messi suffered pain in his right leg during training and was found to have had pulled a muscle.

FC Barcelona revealed in their website that confirming what Argentina coach Diego Maradona announced, Lionel Messi will not play in the match against Russia because of a pulled muscle.

It was also said that the Barcelona first team doctors have been in touch with the Argentine medical staff to discuss the injury and it is now believed that Barcelona will await the arrival of the player on Thursday morning, when further tests can be carried out to discover the seriousness of the injury.

It was also revealed by the club that Messi will probably miss both legs of the Spanish Supercopa against Athletic Bilbao but should be fit for Argentina’s World Cup qualifier at home to Brazil on September 5.