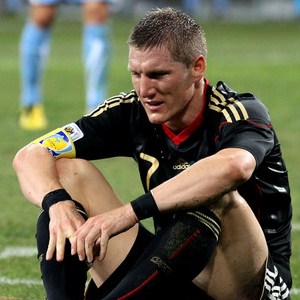 Bayern Munich star Bastian Schweinsteiger has revealed that he is close to making a decision on his future.

It is reported that Premier League giants Manchester United and Chelsea are among clubs chasing the Germany star.

Schweinsteiger told German television channel Sport1 that : “My goal is to win the Champions League and I’ve always said that I can do that at other clubs,”.

It is believed that if Schweinsteiger does decide his future lies elsewhere, Bayern Munich may consider selling him at the end of the season, rather than risk losing him on a free transfer.

However, on the positive side, the 26-year-old believes Bayern are heading in the right direction under current boss Louis van Gaal, who took the club to the Champions League final last season and won the domestic double.

He added: “Yes, I am leaning towards a decision (about my future).

“Bayern’s footballing skills have developed greatly in the last year, which was nice to see.”

Claudio Marchisio Ready To Pledge His Commitment To Juventus