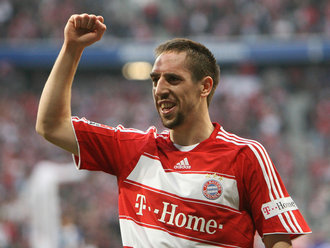 German powerhouse Bayern Munich has released a statement insisting that their star winger Franck Ribery has always been committed to the club and has no intention of seeking a way out of his contract.

Spanish giants Real Madrid have publicly pursued the 26-year-old, who has made it clear that he would prefer to leave the Allianz Arena this summer, however Bayern have stood firm over their refusal to sell.

Club president Beckenbauer was quoted in the German press on Sunday claiming that Ribery “doesn’t give a damn” about Bayern and only joined them to make a name for himself.

He was also quoted as suggesting Ribery was aware of FIFA’s article 17, which allows a player under the age of 28 to walk away from a club after three years of his contract, when he signed his four-year deal with Bayern in 2007.

However Bayern Munich have now moved to end speculation over the Frenchman’s future once and for all with less than two weeks to go before the start of the Bundesliga season.

A statement from the Bayern board read: “Our player Franck Ribery has always behaved professionally, correctly and seriously.

It also said that “Bayern have at no time had and do not have the impression from Franck Ribery that he would only use Bayern in order to further his own career. He has always given himself and his abilities to the service of the team.

“Franck Ribery has never commented on the possibility of making use of FIFA Article 17.”

That article appears, though, to be a source of concern for the Bavarian giants, who would like to see it removed.

The statement ended: “We would, though, be very happy if Franz Beckenbauer, in his role as a member of the FIFA Executive, would take care that Article 17, which greatly burdens the whole of professional football, be abolished and therefore more contract stability for all clubs worldwide is provided.”

Rooney Wants To Score 20 Goals For United Next Season


Bendtner Intends To Stay With Arsenal