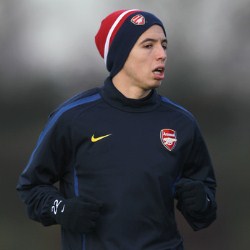 Sensational transfer news are out and it has been revealed that Bayern Munich have joined the race to sign Arsenal midfielder Samir Nasri.

The Mail on Sunday has reported that the German giants are ready to battle it out with Manchester United, Manchester City and Chelsea for the capture of the French international star.

The Germans, whose repeated profits in recent years are said to have made them the fourth richest club in the world, have £200million to spend and want Nasri to line up alongside – and then become an eventual replacement for – 28- year-old Franck Ribery, who is nearing the end of his contract.

Arsenal manager Arsene Wenger is concerned that Nasri, now age 23, and fellow Frenchman Gael Clichy, who have a year left on their contracts, are vulnerable to big-spending clubs.

United’s interest is genuine, especially as Wesley Sneijder’s £250,000-a-week pay demands have priced the Holland midfielder out of their reach.