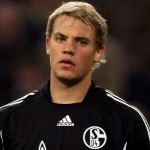 German football giants Bayern Munich have denied speculations that the club will bid for Schalke goalkeeper Manuel Neuer in the January transfer window.

It is a wide known fact that Bayern have struggled to replace the retired Oliver Kahn and Germany international shot-stopper Neuer was tipped for a summer move as Schalke struggle for cash.

However, Bayern sporting director Christian Nerlinger a local newspaper that Manuel Neuer is not on Bayern Munich’s list and that there will be no attempts to sign him in the winter.

Schalke boss Felix Magath however confirmed that players could be leaving the club as they look to clear a £15 million debt and said that Bayern are going to arrange a programme of refinancing and savings, and that the club will need to have a look at everything.

He also added that the club may need to sell a few players and that it is possible that a key player might be sold. However Magath added that this will only happen if Bayern get to January and are not in a position to challenge for Europe.


Chelsea Set To Field A Depleted Side Against Porto