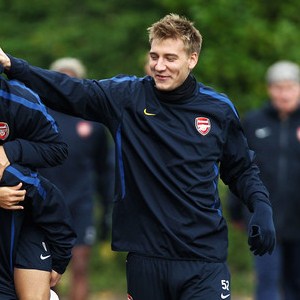 According to The Mirror, the Danish striker has become a big-money target for Bayern Munich after his outburst against Arsenal.

It is said that Bayern Munich are watching developments closely after the 22-year-old striker admitted that he is fed-up of not getting regular first team football.

However, it is said that Arsenal is not interested in doing business despite Bendtner facing stiff competition from Marouane Chamakh and Robin van Persie.

But that has not deterred some discreet enquiries and Bayern are keen to strengthen their strike force while Juventus are also watching developments closely.

Landon Donovan Concerned Over The Lack Of Consistency In Young Players