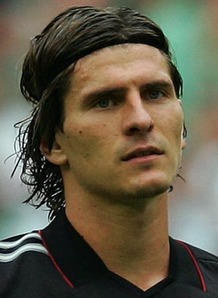 German powerhouse Bayern Munich have spent heavily during the off-season in a bid to bring back the German title to Bavaria after losing out to VfL Wolfsburg last season and new signings like Mario Gomez will need to prove that his price tag as the Bundesliga’s most expensive ever purchase was money well spent for a side missing several key players.

French playmaker Franck Ribery, who was courted by Spanish giants Real Madrid for weeks but was not allowed to leave, has returned to training after his knee injury but his participation in Bayern’s season opener is very much in doubt.

His replacement Saturday is expected to be 19-year-old Thomas Mueller, who has caught the eye with some outstanding performances in a series of pre-season friendlies.

Croatian striker Ivica Olic is definitely out and Italian Luca Toni remains a doubt with a heel injury, giving Gomez a perfect opportunity to show off why Bayern paid VfB Stuttgart more than 30 million euros for his services.

New signings Ukrainian Anatoliy Tymoshchuk, brought in from Zenit St Petersburg and Croatian Danijel Pranjic are also expected to feature in Van Gaal’s squad against Hoffenheim, who believe they too should be considered title contenders.