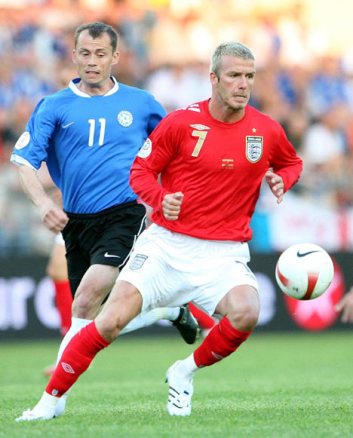 World football superstar David Beckham has been named in the starting line-up for England’s upcoming friendly with Holland.

Beckham who wins his 113th cap, lines up on the right-hand side of a four-man midfield completed by Gareth Barry, Frank Lampard and Ashley Young.

Barcelona Waiting To Assess The Extent Of Lionel Messi’s Injury