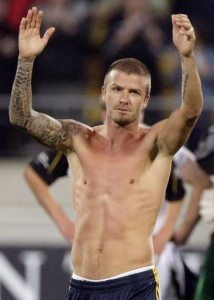 The England international midfielder has made an invaluable impact on the sport in the USA but is almost certain to leave for a return to Europe at the completion of the current season.

Garber also said that although he would like David Beckham to remain in America, he admits that the sport no longer he needs him.

Garber also reporters that he does not know what to expect but his hope is that Beckham sticks around and continues to play and comes back at some point.

He also went on to say that Beckham has been around for three years and that he is not sure if the fourth or fifth year are any more valuable than the first second or third.

He added that he thinks that the MLS need a system where there is more David Beckham and that is what the MLS are going to look forward to.


Hughes Given Green Light To Spend Big In January