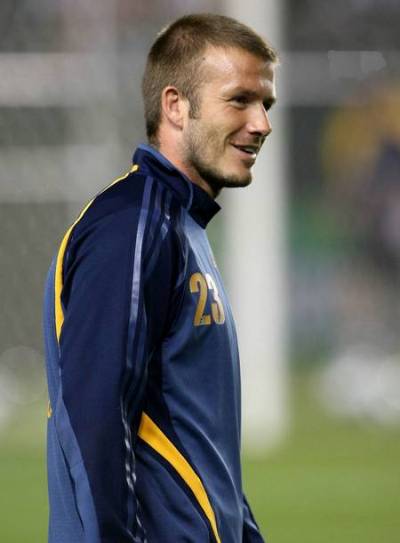 World football superstar David Beckham is once again risking the wrath of LA Galaxy fans by flying across the Atlantic for England’s friendly with Holland.

Beckham is already a hate figure among US and LA Galaxy fans, who have confronted him over his commitment to the club and Beckham was also involved in two mid-match arguments with fans in the stands and been booed in recent weeks.

However, Beckham refuses to let the haters get him down and he has now decided he will complete an 11,000-mile round-trip to play a role in Wednesday’s Amsterdam friendly.

It is strongly believed that this news will infuriate the Galaxy faithful as the club are pushing for a play-off place for the first time in Beckham’s three years in the US and they have a league game three days later against Seattle Sounders.

Galaxy hoped Beckham would only play in competitive internationals, not meaningless friendlies but it is believed that Beckham is desperate to be part of England boss Fabio Capello’s World Cup 2010 plans.

And he is willing to face more flak in the States to ensure he is on the plane to South Africa next summer.


Sir Alex Want Wayne Rooney To Step Up His Game