Beckham : Rooney Is The Best In The World 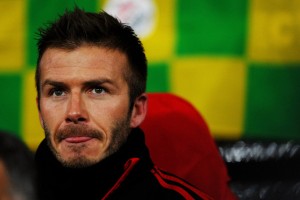 AC Milan midfielder David Beckham has labeled Manchester United striker Wayne Rooney as one of the world’s best after he once again ran riot in the Champions League.

United won 4-0 in the second leg at Old Trafford on Wednesday night and 7-2 on aggregate and after the match, Beckham spoke highly of his England teammate who scored twice to set up the win.

Beckham told reporters that Rooney is an exceptional talent.

He added that without a doubt Rooney is one of the best, if not the best, player at the moment along with Cristiano Ronaldo and Lionel Messi.