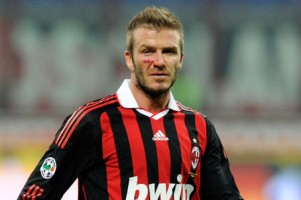 David Beckham’s chances of playing at this year’s World Cup look to be over after suffering a serious Achilles tendon injury.

The former Manchester United star sustained a torn tendon whilst playing for Italian club AC Milan on the weekend and his dream of competing in a fourth World Cup now seems to be over.

Beckham, who is on loan at Milan from American club LA Galaxy, looked certain to be included in Fabio Capello’s squad for South Africa but this injury will almost certainly keep him away from the sport’s biggest tournament.

The 34-year old suffered the injury when kicking a ball unchallenged and immediately signalled to the bench that he was in distress of Milan’s league clash with Chievo Verona. 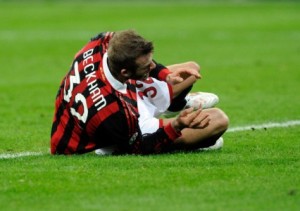