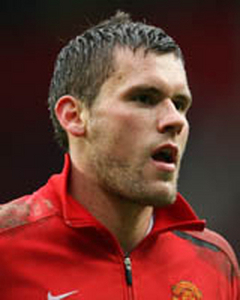 Latest football news are out and it has been reported that goalkeeper Ben Foster has withdrawn from the England squad ahead of the friendly international against Holland, due to a minor injury.

It is believed that the Manchester United stopper took a slight knock during the Community Shield match against Chelsea at Wembley and it is reported that Joe Hart, currently on a season-long loan from Manchester City to Birmingham, has been called up as a replacement for Foster.

Foster, 26, has made just two appearances for England, both in friendlies, making his debut in February 2007 in a home defeat against Spain. He returned in the 4-0 home win over Slovakia in March.