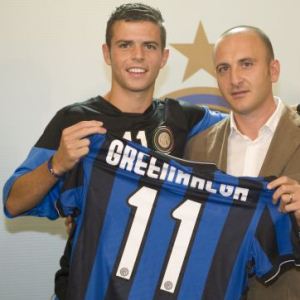 English youngster Ben Greenhalgh has triumphed in a programme called Football’s Next Star and has been rewarded with a six-month contract at Inter Milan after impressing Jose Mourinho in the final.

The 18-year-old from Kent has since been given a new deal and been sent on loan to Como who play in Italy’s third division.

He told The Sun: “They offered me a new contact, although again it was short-term.

“I worked hard and when I went back for pre-season they said I would go out on loan.

“I miss my family and my girlfriend. And I miss Nando’s! But I enjoy the lifestyle here.

“Maybe Inter will offer me another deal in January and then send me back here.

“I would like to play in England but I’m not sure whether it would be a good idea changing so soon.”