Bendtner Intends To Stay With Arsenal 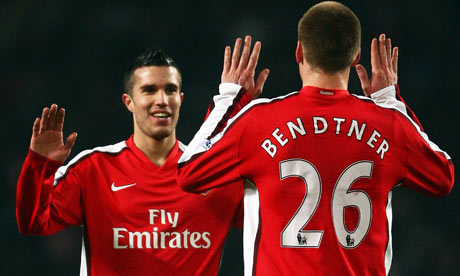 Arsenal striker Niclkas Bendtner has rejected claims that he will be leaving the Emirates this summer.

The Gunners striker has been linked with a possible transfer to Italian giants AC Milan but Bendtner said that he haven’t heard anything about that.

Bendtner also added that as far as he knows, he is totally committed to Arsenal football club and he doesn’t want to be anywhere else.

The striker also added that this is something special and that he wants to be a part of it. He also stated that Arsenal is the club that he wants to play for and it has always been that way.