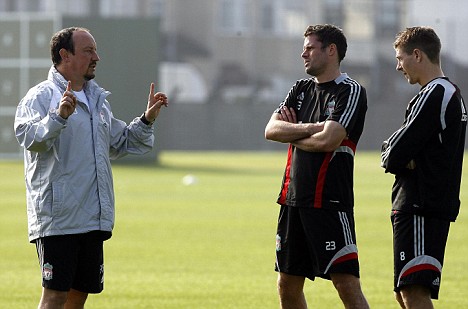 Liverpool boss Rafael Benitez strongly believes that the Barclays Premier League’s big four teams will not have things all their own way this season.

Benitez, who could give a debut to new Greek defender Sotirios Kyrgiakos against Aston Villa on Monday, anticipates plenty of teams taking points off the Reds, Manchester United, Arsenal and Chelsea.

He told local reporters that this season will be a different sort of title race because Liverpool have already lost, and so have Manchester United.

He also went on to say that there are other teams who can make an impact such as Tottenham, Manchester City and Aston Villa and Rafa believes that it will be a lot harder this season for the top four teams to win every game.

Benitez also went on to say that Aston Villa will be a difficult match for Liverpool as they have pace, experience and ability and Villa do very well in away games because of that they are an extremely dangerous side.