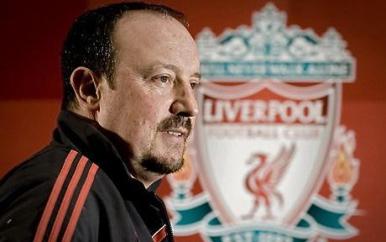 Manager Rafael Benitez has pledged his 100 per cent commitment to Liverpool after rumours that he was set to quit Anfield.

Benitez, whose side cruised to a 4-0 victory over Stoke at Anfield, was speaking after pre-match whispers swept Merseyside claiming that the Spaniard was ready to quit over lack of transfer funds given to him by the club’s American owners Tom Hicks and George Gillett.

However Benitez was quick to dismiss the speculation and revealed that he is 100 per cent committed to the Liverpool FC.