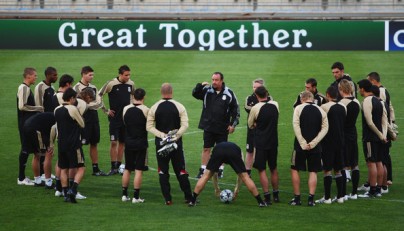 Liverpool manager Rafael Benitez has challenged his senior players to “take responsibility” after the 3-1 Premier League defeat at home to Aston Villa.

This was their second loss in the nine days since the season started, with a 2-1 defeat at Tottenham last weekend followed by a 4-0 win at Stoke in midweek.

Critics among the media and supporters have pointed to the sale of Spanish international Xabi Alonso, who was replaced with injured Italian Alberto Aquilani, but Benitez feels the existing squad should be up to the job.

Benitez told reporters after the match that the squad is virtually the same as last season, so he believes that it is good enough to mount a title challenge.

Benitez also said that however Liverpool must do more, we must win at Bolton.

Benitez also said that he will have to sit down and analyse every player now, and make sure that everyone do the right things in Liverpool’s next match but added that the senior players must take more responsibility.

The Spaniard pointed to individual mistakes from his team and claimed they would otherwise have avoided defeat.