Who Has The Best Premier League Managerial Record? 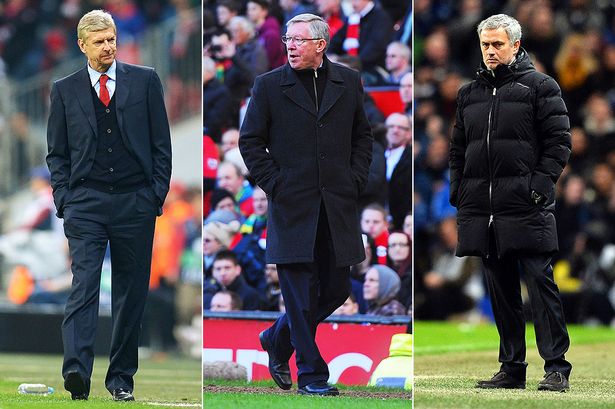 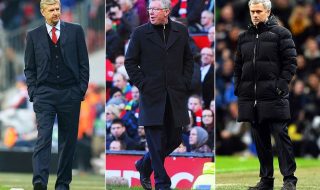 The 2016-2017 Premier League season will mark the 25th consecutive year of England’s most prestigious footballing contest – but in that time, which managers have left an indelible mark on the competition?

Perhaps unsurprisingly given the dominance of Manchester United during the 1990s and late 2000s, the 24 completed campaigns thus far have seen just eight managers lift the coveted trophy – and where better to start our run down of the most successful managers in the competition than the legendary…

The Scotsman has received a CBE for his achievements in the game and was the longest-serving manager in the top flight until his retirement in 2013. In that time, Sir Alex racked up a staggering 13 league titles and recorded a 59.67 win percentage over the course of 1,500 games. Also becoming the first manager to win the competition in three consecutive seasons, to this day his record stands unrivalled in the modern game.

During the first half of Ferguson’s Manchester United tenure, the Glasgow-born manager’s nemesis was current Arsenal boss…

Arriving at the club for the 1996-1997 campaign, the man dubbed “Le Professeur” revolutionised the way people thought about the game as he became the first manager from outside Britain to win a Premier League title, lifting the trophy for the first time during only his second season in England.
Winning the title on two more occasions since then, Wenger also saw his 2003-2004 “Invincibles” team become the first top flight side in the modern era to go through an entire season without a single defeat, and his current win-rate stands at 57.5% from 1,136 games in charge despite not having won a title for 12 years.
One of the main reasons for Wenger’s barren run was Chelsea’s appointment of…

Brought in by Chelsea’s new billionaire owner Roman Abramovich in 2004 the self-proclaimed “Special One” made an instant impact on his arrival in West London, winning the title in his first full season and setting a Premier League record of 95 points that still stands to this day.

Also conceding the fewest goals in a Premier League campaign (15), Mourinho’s Chelsea went on to retain their trophy the following season as the Portuguese secured the second of his three English titles. Currently adapting to life at Manchester United, Mourinho’s record at Chelsea would read 80 wins from 136 games.

Outside of the aforementioned big three, only a handful of other managers have achieved Premier League success. Kenny Dalglish became the first man to do so in 1994-1995 when his Blackburn Rovers side fired by Alan Shearer and Chris Sutton bucked the odds to break Ferguson’s early top flight stranglehold, and Italy’s Carlo Ancelotti did likewise for Chelsea in 2009-2010 to snap a streak of three consecutive United titles.

Heavy investment in United’s cross-town rivals Manchester City saw both Roberto Mancini and Manuel Pellegrini win the Premier League with the Citizens, with the latter becoming the first coach from outside Europe to lift the trophy in 2013-2014. More recently, Claudio Ranieri’s Leicester completed the unlikeliest of successes to see the Italian become the eighth member of the Premier League winners’ club.

So who will go on to write a new chapter in Premier League history this season, and which manager is set to leave their legacy over the next 25 years of the competition? You can find the odds on all 20 teams winning this year’s title over at Sun Bets as well as markets on the next Premier League manager to bite the bullet – just remember, if Leicester proved one thing in 2016, it’s that nothing is impossible in the Premier League.

Duncan Wilkie is a freelance journalist with over 10 years’ experience in the sports betting industry. Named Observer Sport Journalist of the Year in 2006, he has a 1st Class Honours degree in Sport Journalism and is also a long-suffering Arsenal fan and season ticket holder at the Emirates.


BLOW! Arsenal To Be Without Alexis Sanchez For SIX Weeks!